Week 70 and 71: Merry Christmas and a wish for the New Year

Here is another combined update for weeks 70 and 71 in the war on cancer. The delay is, as you may expect, due to Christmas and other things on our agendas. Here are the main highlights from the past two weeks:

Now, at the end of the year, it is a good time to say thank you to some of the people who have meant a lot for us in 2016. A big thank you to Dr Niki Karachaliou and Dr Rafael Rosell and the rest of the team in Barecelona for great advice, guidance, liquid biopsies (e.g. the one mentioned above) and more. A big thank you also to the vaccine team in Germany, in particular Professor Hans Bojar in Düsseldorf, Professor Elke Jäger and Julia Karbach in Frankfurt. A special thank you to Dr Richard Kast in the US for continuous discussions about the latest research especially on old, repurposable, drugs. And a big thank you to my brother Arne (who is a doctor) for help with blood tests, side effects management, guidance and discussions on treatments. A big thank you also to Dyanne’s GP here in Oslo for being an exceptional GP that is always there for us. And a big thank you to my parents for babysitting, carrying sofas, fixing furniture, ovens and many other things, and to Dyanne’s parents for financial support (this war is not for free, unfortunately). And a big thank you to our fellow cancer warriors, in particular Jo and co, Bernie, Allen, Kate and H&M, and everyone else on inspire.com. And thank you sci-hub.cc for giving us access to research papers with knowledge and intelligence that is crucial in this war on cancer.

Many others also deserve thank yous. There are too many to name here, but everyone who contributes to our fight, do know that we are very grateful for your help, even if we (in particular me…) may not always express this so clearly.

I wanted to round off this post with a wish to our Minister of Health, Mr Bent Høie.

12th January 2016 you signed an official document that contained the tasks you set out for Norway’s hospitals for the year of 2016. The two most important targets that you ordered the hospitals to focus on were that the hospital infection rate should be less than 4.7% and that there should be no patients lying in the corridors. The first goal gives hospital incentives to be risk averse. Not an ideal attribute if you would like to try to save the lives of terminally ill patients. Not that this matters much anyway, when the second implies it is actually better for our hospitals to let people die rather than trying to save them.

I don’t know how many hundreds of young patients have died in Norwegian hospitals in the last year without anyone lifting a finger to try to save them, largely due to the aweful targets that you have given hospitals and the poor incentives our doctors have to save anyone deemed “terminal”. You probably haven’t thought about this as your responsability. It seems no one really sees this as their responsability. As long as young people with “terminal” diagnosis die “on time”, everyone seems satisfied with the outcome. Except the patients and their family and friends of course.

My wish for 2017 is that you think before you sign off on the targets that you give Norway’s hospitals for 2017. Before you sign off on the goals, ask yourself the following: are these goals aligned with the very purpose of having a health care system? I hope we can agree that the purpose of a health care system is to maximise the length and health related quality of people’s lives. If you agree that this is the reason we have hospitals, I hope you will also realize the stupidity of making empty and shining corridors the main goal of our hospitals.

Before you determine the targets of Norway’s hospitals for 2017, please also think about how the targets will affect hospitals’ willingness to make an effort to try to save the lives of young, “terminally” ill, patients. If the goals your bureacurats give you disincentivices hospitals from trying to save such patients, then please don’t sign off on those goals. Find better goals. Find goals that make sense. Goals that give hospitals incentive to save lives rather than to look the other way.

Remember: next time it can be you, or someone you love, who faces a “terminal” diagnosis. If this happened, would you prefer the doctors to throw their arms up in the air and say “ah, tough luck, there is really nothing we can do for you”. Or would you prefer that they would make an effort, be creative and try to come up with a treatment that maybe could work? I am just asking, in case you have not thought about it. 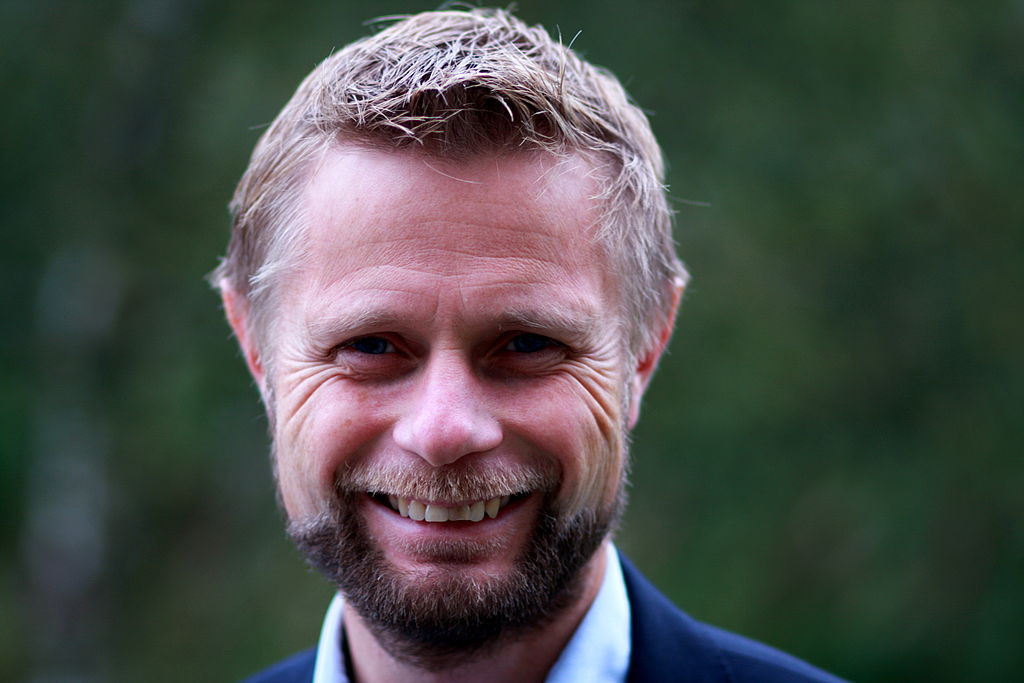